Bulgarian Reformation Ministries began in 2001, during the first visit Bojidar Marinov made to the United States. A Bulgarian national who had already started translating Calvin’s Institutes into his native language, Bojidar had determined to visit America, take a job and work until his visa expired, and then take the money home and translate full time until the money was depleted.

During his visit, he was hosted by the Foreman family. Joseph Foreman, a Reformed pastor, had developed a rapport with Bojidar over the internet. As the two met and travelled during Bojidar’s visit, Joseph convinced him that American Christians who shared his vision would be willing to contribute financially and allow Bojidar to translate full time on a more permanent basis.

By the time Bojidar went home in April, 2001, Bulgarian Reformation Ministries had been established. For the next three years, a mailing list of twenty-six provided not only an income for the Marinov family but also contributed the funds to publish the first book of Calvin’s Institutes, as well as Luther’s Commentary on Galatians.

When Bojidar returned to the United States in 2003, he proposed to broaden the team of translators by five. By the time he returned to Virginia after visiting churches and families around the country with a mailing list nearly triple the original, we agreed to pay the new translators a modest amount for their work.

The first discussions about the Ministry focused on translating doctrinal literature as well as articles applying biblical principles to economics. As the work progressed, books on the philosophy of homeschooling became an important matter. As Bojidar’s economic articles addressed homeschooling, the responses he received told him he had discovered a perceived need. People constantly sent Bojidar and Maggie questions and asked for their advice. Maggie has since concentrated on preparing a curriculum program for Bulgarian homeschooling parents, and several of the translators emphasize translating homeschooling material.

By mid-2004, nearly 20,000 pages had been translated and uploaded to the internet, allowing Bulgarians the world over to download and read doctrine, economics and practical theology at their own pace.

Bojidar, Maggie and their three children arrived in Virginia in April, 2005. The work for Bulgaria continues. Since their arrival, Bojidar has finished translating the last half of Calvin’s Institues, Book Four, as well as editing the translations of the rest of the team. He and Maggie keep in touch with the other translators, the pastors, and the Christians who are in the public square making the argument for a biblical basis for the economic foundation of families, cities, and Bulgaria itself.

As Reformed churches are established in homes and meeting halls around the country, the vision for a Reformed Bulgaria continues to grow. We believe Bulgaria is ripe for this harvest, and we look forward to the day when a strong, established, Reformed church does not require the funds of its American sister and each prays for the other. 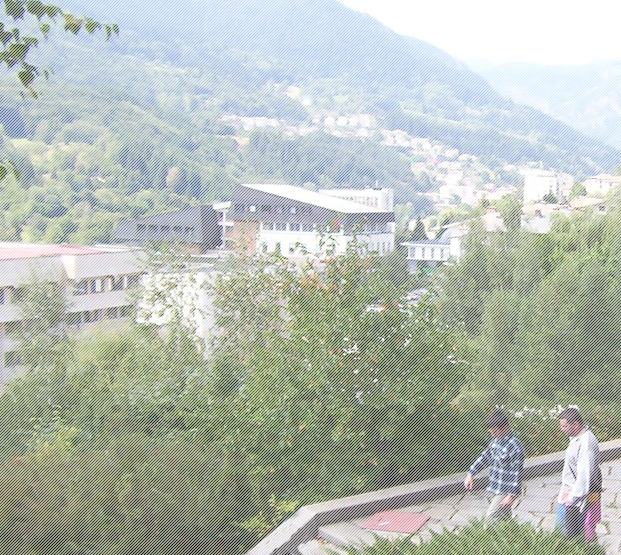 “The [2010 worldview] conference was a turning point in my personal life. It gave me boldness and confidence of my faith in God. I come from a non-Christian family and the lectures, the speakers, and their families were an example for me. Now I have a new goal in my life: to witness among my fellow students. I plan to start reading Christian books to be able to defend my faith. Now, after the conference, I regularly attend church services, which was not my habit before. I believe that such conferences will be helpful for others, as this one was for me.”